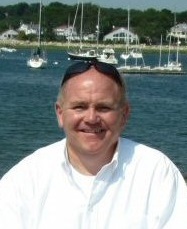 For more than twenty years, David S. Drinkwater has been setting a quality standard for how real estate should be marketed and sold in the coastal communities of the South Shore - the "Gold Coast" region between Boston and Cape Cod. This is especially true for the luxury end of the market. The towns of Cohasset, Duxbury, Hingham, Marshfield, Norwell and Scituate are HOME to some of the loveliest properties along the Massachusetts coastline; affording a compelling lifestyle opportunity.

For more than twenty years, David S. Drinkwater has been setting a quality standard for how real estate should be marketed and sold in the coastal communities of the South Shore - the "Gold Coast" region between Boston and Cape Cod. This is especially true for the luxury end of the market. The towns of Cohasset, Duxbury, Hingham, Marshfield, Norwell and Scituate are HOME to some of the loveliest properties along the Massachusetts coastline; affording a compelling lifestyle opportunity. Boasting stunning ocean beaches, peaceful rivers, expansive salt marshes, beautiful open spaces, quaint New England villages, scenic harbors, gorgeous vistas, centuries of history and, of course, the fabled four seasons, the region beckons buyers from many areas of the country and beyond as a place to call HOME! Located within an easy commute to the Boston Metro Area (with highways and public transportation), these communities champion that "vacation ambiance" while providing its residents with great schools and a high, year round quality of life. Selling luxury properties along the "Gold Coast" is as much about selling that "year round vacation lifestyle" as it is about selling the intrinsic benefits of the community and the physical aspects of the property.

Consistently one of the region’s Top Producing Realtors®, David has earned numerous sales and recognition awards over the years. Just recently, David was recognized in the Boston Top 20 as the Number 1 Selling Agent on the South Shore for May 2015. In February 2015, the nationally based consumer real estate web site Trulia.com recognized David as being in the Top 1% of all agents for 2014. For the decade ending December 31, 2010, David was ranked as one of the South Shore’s Top Four Selling Agents from over 2,000 agents serving the marketplace. Based on dollar volume sold, David was ranked as the Number Two Selling Agent during that decade in the combined five town region of Cohasset/Duxbury/Marshfield/Norwell/Scituate marketplace and the Top Ranking Agent in the Town of Scituate.

In his local community of Scituate, David has dominated sales in all price ranges since the start of this Millennium - based on MLS transactions measured as of August 5, 2015, David has closed more sales (both units & dollar volume) than any other agent – this is true for properties price up to $500,000; as well as for those priced between $500,000 & $1 Million and for those properties priced in excess of $1 Million. Combined, his dollar volume is 66 percent higher than that of the next closest agent. The October 2004 issue of Boston Magazine named David as the Top Power Broker South of Boston for dollar volume sold in 2003.

In addition to his accomplishments as a listing and selling agent, David has devoted a significant amount of volunteer time to the Realtor® organization, on a local, state and national level. In 1998, David served as the President of the Plymouth County Board of Realtors®; was honored in 1999 as Plymouth County’s Realtor® of the Year and was twice honored with the Board’s President’s Award for Outstanding Service. David served as the 2002 President and chief industry spokesperson for the Massachusetts Association of Realtors®, the Bay State’s largest trade association. David chaired the state association’s Agency Task Force, which achieved major success in 2005 by obtaining passage of legislation aimed at enhancing the opportunities for both consumers and practitioners by expanding options in the marketplace regarding the practice of Agency. For the National Association of Realtors®, David has served on the national advisory board from 2003 through 2007 that is charged with examining the issue of housing affordability and availability and developing ways to enhance housing opportunities for all Americans across the country. In addition, David served as the 2006 Regional Vice President of the National Association of Realtors® and as a member of its Executive Committee.

In recent years, David served on the Board of Directors of Solutions at Work, a non-profit organization based in Cambridge, whose mission is to break the cycle of poverty and homelessness by providing individuals and families with opportunities to strengthen their self-confidence, professional skills and financial stability. Of note, David chaired the organization's Strategic Planning Committee and developed a strategic plan to guide the direction and development of the organization in the years ahead.

Over the years, David’s professional expertise has been widely sought after by the media. In addition to contributions to numerous articles in Boston Magazine, Unique Homes, Banker & Tradesman, the Boston Globe, the Boston Herald, the Boston Business Journal, the Wall Street Journal, the Patriot Ledger, South Shore magazine, Commonwealth Magazine, USA Today, and various Community Newspaper publications, David has appeared several times on the major network stations, Fox 25, PBS, and local cable television programming; on WBUR, WBIX and WBZ radio as a repeating guest on shows hosted by both Anthony Silva and the late David Brudnoy. In addition, David has appeared as a guest lecturer for a number of industry and professional groups. In 2000, David served as the President of the Cohasset Chamber of Commerce.

David is the president of Grand Gables Realty Group, Inc. of North Scituate, MA, a firm he founded in 2002 after having sold his interest in a real estate brokerage firm he previously founded in 1997. David also holds an active license in Massachusetts as a licensed Certified Public Accountant and has prior experience in the auditing, accounting and business consulting fields. David holds a Bachelor's Degree in Business Administration from the University of Massachusetts (Lowell) and a Master's Degree in Accountancy from Texas A&M University. David and his family have lived on the South Shore since 1987.