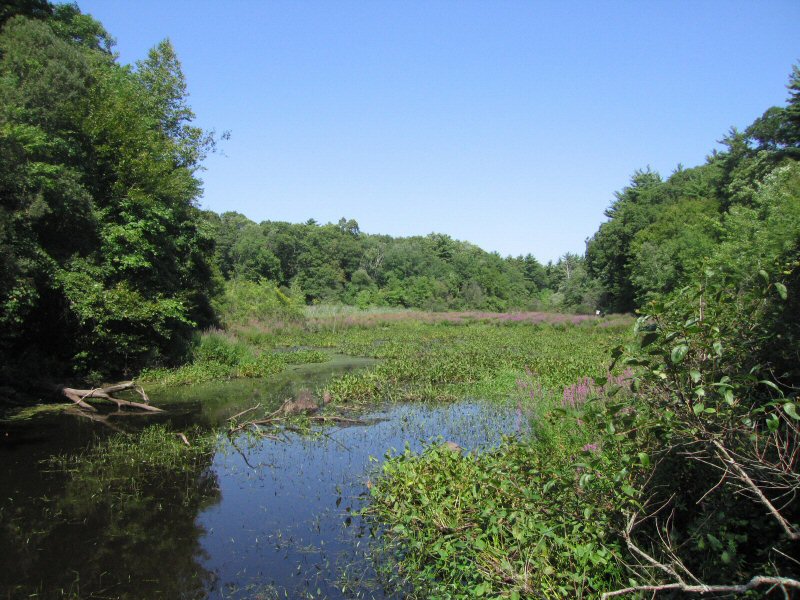 Norwell is a fascinating community to explore. Norwell was incorporated as a town in the late 1800s but its history dates much farther back in time. From the early colonial days to the mid 1800s, ship building played a vital role in the development of Norwell and for its prosperous, historic ambience. Along the banks of the great North River, the early settlers of this region found plentiful timber supplies and attractive locations to design and construct a wide range f sailing vessels built in the colonies of that time. Some of the types of ships built include brigs, brigantines, sloops, ketches, yawls, clippers, frigates, schooners and merchant vessels.

In the early 1700's, as the British Navy began building more ships and the demand for Merchant vessels increased, wood became scarce in Britain. The cost to build a ship in New England was half the cost of building one in England. Trees that had grown unhindered for centuries covered this region's countryside. Even back then, global dynamics played a significant role in the growth of this region's economy.

Many of the ships that were built here were small working ships, as the North River's meandering coastline through the marshes didn't have the depth required for larger ships. However, the Columbia, America's first ship to circumnavigate the globe, was constructed along the North River. The ship was named after the mighty Columbia River! The importance of ship building to the community's development and its prominent place in the town's history is proudly emblazened on the town's seal.

The late 1700s and the early 1800s was the height of the shipbuilding industry. In 1801, a record 30 ships were built at the North River shipyard, and in 1812, the largest ship ever built on the North River was the 464-ton Mount Vernon was built at Wanton Shipyard, the river's largest shipyard, just south of River Street, near Blackthorne Lane.

Norwell is located in Plymouth County, situated along the picturesque North River. Its countryside still retain much of charm of yesteryear and its rural past. Norwell was originally settled in 1636 as part of the settlement of Satuit which today predominantly encompasses the present day towns of Scituate and Norwell. In 1849, the southern portion of this region broke away from Scituate and incorporated as South Scituate. Later, in 1888, South Scituate was re-incorporated again as the Town of Norwell.

The US Census reported, based on its 2000 census data, that Norwell's population was just over 9,700. In addition, it's geographic coverage are was reported at 21.17 sq miles of which 20.87 sq miles was land and only 0.29 sq miles was water. To view how these statistics compare with other communities on the South Shore and to Massachusetts in general, click here.

The Town was named for a gentleman known as Henry Norwell, a dry goods merchant who provided funds for the maintenance of the town's roads. Norwell is located at the heart of the region once known as a center for sailing ship building. From a boat, visitors to the North River can view historic plaques marking the spots of these former shipyards. Today, Norwell is an affluent suburban community with over 10,000 residents and provides top quality schools; a wonderful collection of homes reflecting a variety of srchitectural styles; a charming countrtyside landscape surrounding the North River valley that invites its residents to spend time outdoors throughout the year; several houses of worship; a library; a science center; several convenient shopping centers intown or right nearby and many restaurants, eateries, taverns, pubs, bistros and cafes offering a wide range of dining experiences with a diversity of ethnic cuisines.

Recreation is an integral part of life in Norwell. There are several recreational areas throughout the Town offering a variety of outdoor activities, including; Stetson Meadows Conservation Land, Albert F. Norris Reservation, Black Pond Natural Preserve, North River Salt Marsh, Cuffey Hill Reservation and the Donovan Farm Property. The North River is a spectacular scenic waterway that traverses across the South Shore deep inland and flows to the Atlantic Ocean at its breathtaking estuary near Scituate's Third and Fourth Cliffs - swim, boat, kayak, canoe, sail in small crafts, fish or just meander and enjoy the magnificent scenery - the changing color palette of the landscape throughout the seasons and the reflections of natural light upon the water is something that needs to be seen in person to truly appreciate. If you're thinking of venturing out in the river, keeping track of the tides may be of interest.

Norwell is located roughly 20 miles south of Boston and is accessible to the city via two major highways, rapid transit subway rail service from Braintree and commuter boat services to Boston's Financial District from nearby Hewitts Cove in Hingham. In addition, there is scheduled service available on the recently completed commuter rail line between Scituate and downtown Boston via the Greenbush line - the Greenbush and North Scituate stations - both located in Scituate - are convenient and nearby.

There's lots to see and do here in Norwell and to learn more, visit the Norwell Chamber of Commerce web site.